My off again/on again study of the changing themes in gun advertising from 1917 to today is back on again. Thanks to two Wake Forest students, I have finalized the coding scheme and we are currently working on one randomly selected issue of The American Rifleman going back to 1917 and one of Guns magazine going back to its inception in 1955. I am hoping to present the research findings at a Gun Studies Symposium at the University of Arizona this coming October.

As we were doing our practice coding, one issue we looked at was the August 1966 issue of Guns.

Although I was looking primarily at the advertisements, I couldn’t help but notice one of the cover stories: British Gun Laws Don’t Stop Crime!

It’s often said that resistance to gun control is a relatively new phenomenon, a product of the hardened stance taken by the NRA-ILA after… 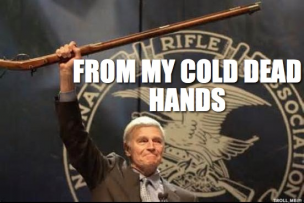